My whole world! Happy Valentine’s Day @mattymar_key
Did you catch the “Spina Bifida Repot” on Abilities Radio? Speaking on a podcast was something I had never done before...it was so cool to have the chance to speak on a larger platform and raise more awareness for the SB community! Check it out (link in bio)
Over 100 members and growing! One great tool for me coping with my SB has been knowing that I have people always ready to listen to me. They know exactly what I am going through! My Spina Beautiful tribe! Join our tribe today (link in bio)
Working my health (mentally & physically) has never felt more important. This little lady needs me and taking care of her has been my greatest accomplishment! Seeing a therapist regularly, treating myself from time to time, and eating right are just a few things I have been doing to make sure I can show up for my family But of course, I still battle occasional kidney infections and other SB related things. But, isn’t it all about how you handle those obstacles? By keeping my mind and body right I am better equipped to deal with the unexpected! What are some things you do to stay healthy? 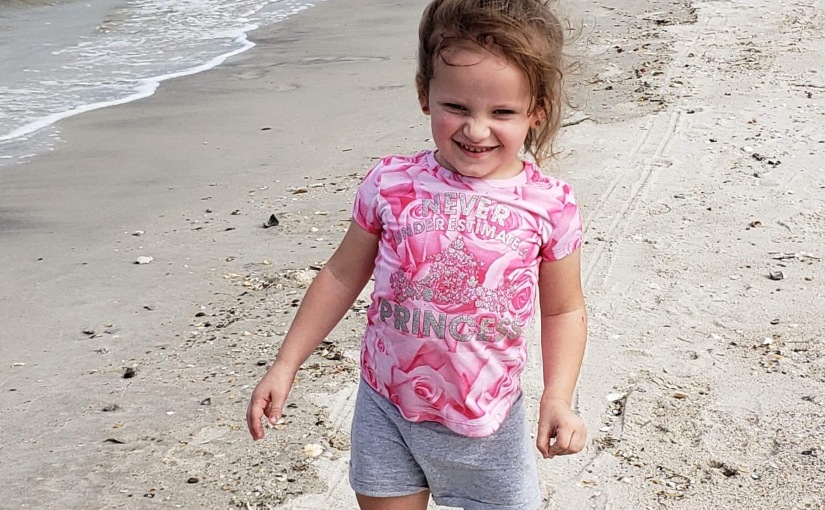 Q: What is your SB Warrior’s name?

Q: What type of SB does she have?

Adalynn is almost 5 years old. She was born at 37 weeks via c-section. After her birth she had her back surgery (she has myelomeningocele) she also had a shunt placed a few days after her birth. She also has a cast in her right foot to help her arch. Everything went well until she was 9 months old and had a shunt revision. But she’s almost 5 now and no shunt problems. As she got older she got AFOS. She still couldn’t walk. She also went threw speech therapy and did some physical therapy. In April of 2017 she had a tendon release. After she was all healed she got her new braces (Afos & KAFOS.) These really helped her to start to walk. She is now independently walking! We do have to catch her every 3-4 hours and she’s about to start school! I’ve made sure to make her as independent as possible!

Adalynn has been through a lot but never stops smiling. I mean look at that beautiful smile!

Hey there! I'm Kristin. I live in the beautiful Seacoast town of Portsmouth, NH with my hubby Matt and our rescue pup Charlie. I was born with Spina Bifida and made this website in hopes that I would reach other people going through the same difficult things as I have and also to inspire others to embrace their differences and live Spina-Beautifully! View all posts by Kristin Marquis